And Now For Something Completely Different...

I was recently tagged in a post at Shouldn't Life Be More Than This to participate in a blogger's game. And I decided to play along since it gives me something to post about today rather than having to drag something out of thin air.

The "rules" say I have to tell you eleven random facts about myself, answer a. eye's eleven questions for me (sweetheart that she is - she only gave me eight!), then tag 11 other bloggers to answer my own 11 questions.  So.. here it goes:

11 Random Facts About Me:
1. I don't like onions.  No.  That's not quite true.  I despise onions.  In any shape or form.  I leave them out of any recipe that calls for them. I can't stand the smell of cooking onions.  And the smell of raw onions makes me gag.
2.  In recent years I have developed a very weak stomach.  Lots of things make me nauseous or even give me the dry heaves.  Including thinking about the dry heaves.  So, we're going to move on quickly from this item.
3.  When I was a kid I went through a phase where I was "allergic" to the sun.  Every time I went out in the sun I would break into hives.
4.  I was also allergic to bees and penicillin.
5.  I had to take a break while doing this because the cat used the litter box and stunk up the entire room.  Forcing me to leave until the air cleared. (see #2)
6.  I love being a grandma more than I ever could have imagined!  Even if I am too young for it.
7.  I need a cup of coffee.  Like, NOW.
8.  Or ice cream...
9.  I love peanut butter and Reese's cups.  But am now likely allergic to peanuts in all shapes and forms.
10.  When I was young I wanted to have black hair and green eyes.
11. It was a lot harder to come up with 11 random facts than I thought it would be!

Answers To A. Eye's Questions:
1.  Soy milk or regular milk? Cow's milk - skim.
2.  Favorite sport to watch? Why?   Football.   I never liked football much until I got together with The Man of the House.  He was a life-long fan, and after spending Sunday afternoons and evenings, Monday nights, and some Saturdays and Thursdays watching with him.  It grew on me.  Then when the Carolina's finally got a team I was hooked!
3.  Sitcoms or reality television?   I suppose this depends on your definition of "reality television".  I have never seen a single episode of Survivor or The Bachelor.  I don't watch shows like the "Real Housewives of" anything, or anything with the Kardashians, or anything on MTV.  (I still mourn the days when "Music TV" used to really play MUSIC videos!  Pretty much all day!)  However I do watch a lot of food shows, and shows like Planet Earth and it's various spin-offs.  Sometimes I'll even watch Deadliest Catch.  And I occasionally find myself watching marathons of  "Say Yes to the Dress"  On my really off days I have gotten sucked into an episode (or 2, or 5) of "Toddlers and Tiaras" or "My Strange Addiction".  4.  Laptop or tablet? Why?  Laptop.  'Cause that's what we have.
5.  Which person has influenced your life the most? Jesus
6.  Which would you most hate to be without, television, computer, or cell phone? I have to say computer. Because as long as I have that I can find stuff to watch and can communicate with others.
7.  Which would you hate to be without, your hair or a body shape you liked?  My hair.
8.  Where would you rather live - high-rise or suburbs? Why?  Suburbs.  I like having a yard.  And I am afraid of heights.

AND ANYONE else who wants to answer them in the comments section!!

Thank you so much for visiting my little corner of the blogdom! I love hearing what you have to say; so please take a moment to share your thoughts. Have a blessed day!

Beckey
Making the most of midlife as a wife, mother, grandmother, entrepreneur, avid reader, crocheter, and coffee addict ☕ Whenever I have a spare minute, I try to write about all of it. 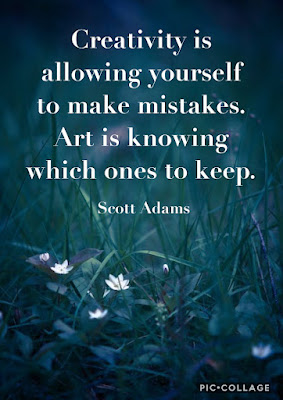